Drag & drop on your tech stack →

Even with a fast and highly tuned website following all of today’s best practices, it’s all too common for your performance wins to be erased the moment third-party scripts are added. By third-party scripts we mean code that is embedded within your site, but not directly under your control. A few examples include: analytics, metrics, ads, A/B testing, trackers, etc.

Partytown is maintained by Builder.io and is currently in Beta.

We set out to solve this situation, so that apps of all sizes will be able to continue to use third-party scripts without the performance hit. Some of Partytown’s goals include: 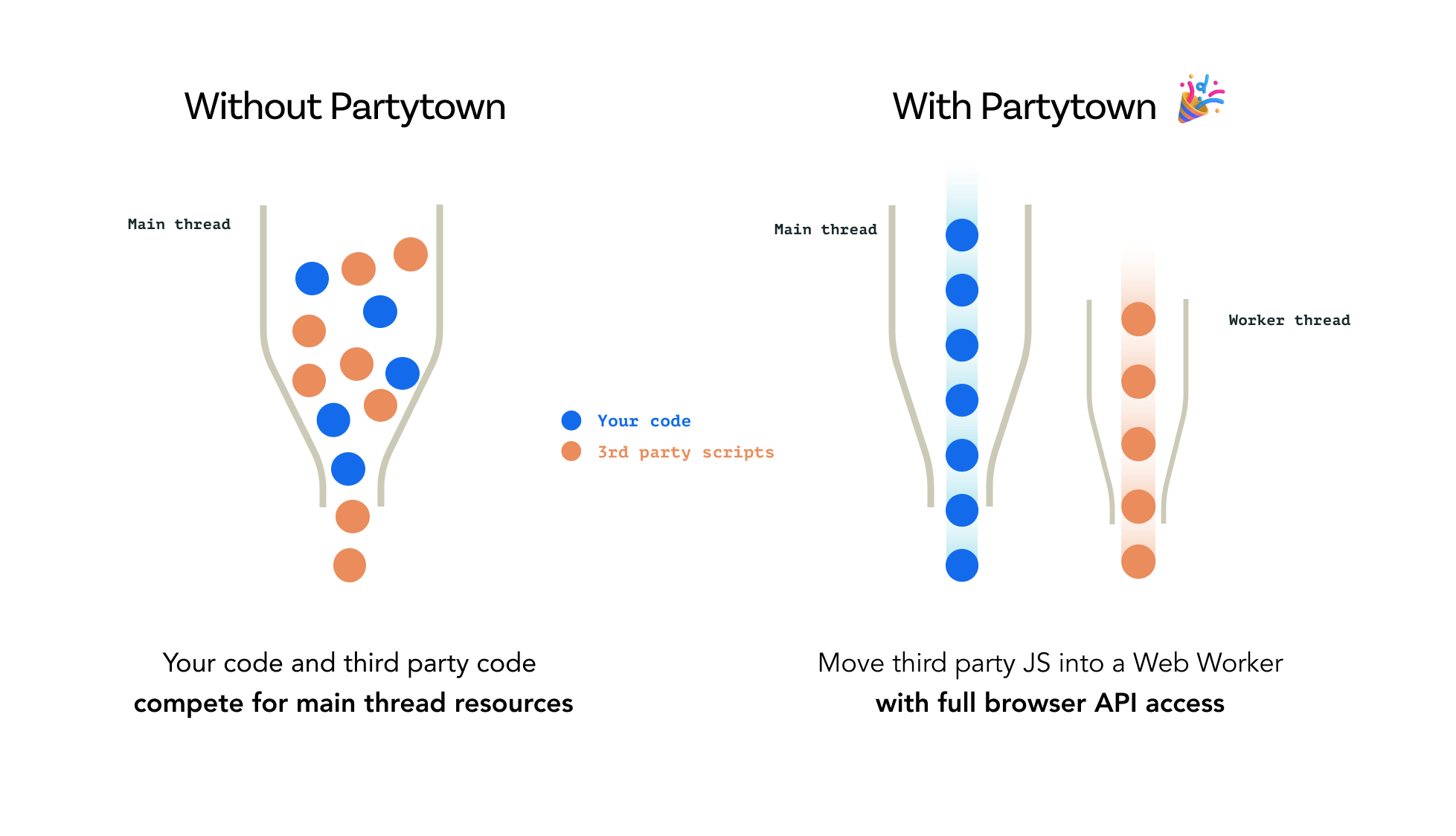 Below is a summary of potential issues after add third-party scripts, referenced from Loading Third-Party JavaScript:

While full webapps “can” run from within Partytown, it’s actually best intended for code that doesn’t need to be in the critical rendering path. Most third-party scripts fall into this category, as they’re not required for the first-paint. Additionally, the asynchronous nature of most third-party script works well with Partytown, as they can lazily receive user events and post data to their respective services.

Below are just a few examples of third-party scripts that might be a good candidate to run from within a web worker. The goal is to continue validating commonly used services to ensure Partytown has the correct API, but Partytown itself does not hardcode to any specific services. Help us test and join the conversation in Partytown’s Discord!

We try and keep a list of all the plugins and libraries that we know of that works out-of-the-box in Partytown, but we would love your help as plugin & library authors and contributors to keep this list growing.

We have some documentation on how you could create and check-in an integration test that shows how your library / plugin works on Partytown. And if it works, then we would love to have the configuration needed (if any) on our Common Services page